A bashful ghost who draws near when your back is turned but shyly stops and disappears when you face it. Boos have been seen recently in activities like baseball and tennis, so it's thought that they may have conquered their fear of humans. Boos are also characterized by having a variety of different weaknesses between forms. 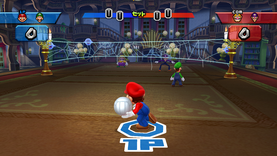 Look carefully (click the picture for a bigger, better view). Some Boos can be seen in the background. This is in Luigi's Mansion in Mario Sports Mix.

This is a sprite of Boo in Mario & Sonic at the Olympic Games. 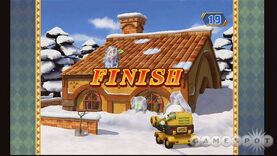 Boo reaches the finish of a mini game in Mario Party 8. He is in the yellow object on wheels.

This is the Boo's Catch Card from Super Paper Mario. 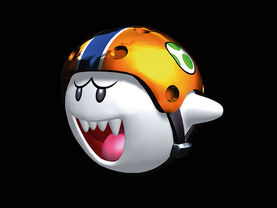 This is the Boo's outfit from Mario Strikers Charged Football. 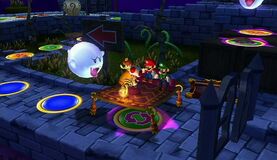 A Boo nears the players in Boo's Horror Castle of Mario Party 9.

This is a sprite of Boo from Mario Super Sluggers. 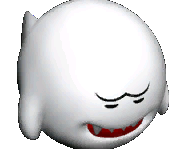 This is what Boo looks like when he loses in Mario Party 8. 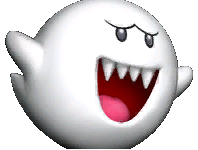 This is what Boo looks like when he wins in Mario Party 8. 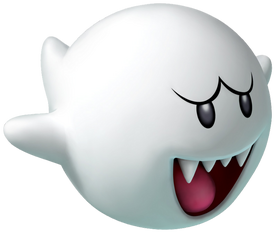 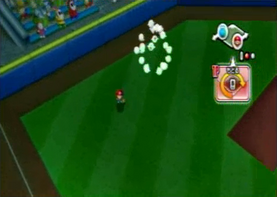 The Mini Boos appear in a game in Mario Super Sluggers. 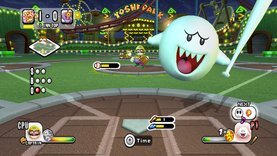 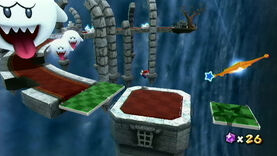 Some Boos and a Big Boo chase Mario down the Starting Planet of the Haunty Halls Galaxy's second mission in Super Mario Galaxy 2. 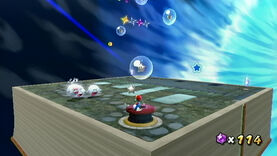 Some Boos near Mario on the Graveyard Planet of the Boo Moon Galaxy's first mission in Super Mario Galaxy 2.

This is a sprite of a Boo from New Super Mario Bros. Wii.

Mario runs toward a Roulette Block while being surrounded by many Boos in a Ghost House in New Super Mario Bros. Wii. 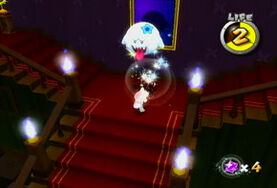 A Boo pops out of a portrait in the Mansion Planet of the Ghostly Galaxy. This is in the galaxy's first mission. All of this takes place in Super Mario Galaxy. 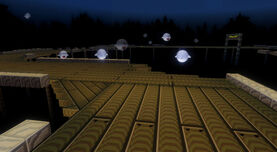 Many Boos can be seen in this picture of Ghost Valley 2 in Mario Kart Wii.
Add a photo to this gallery

Retrieved from "https://wii.fandom.com/wiki/Boo?oldid=19886"
Community content is available under CC-BY-SA unless otherwise noted.